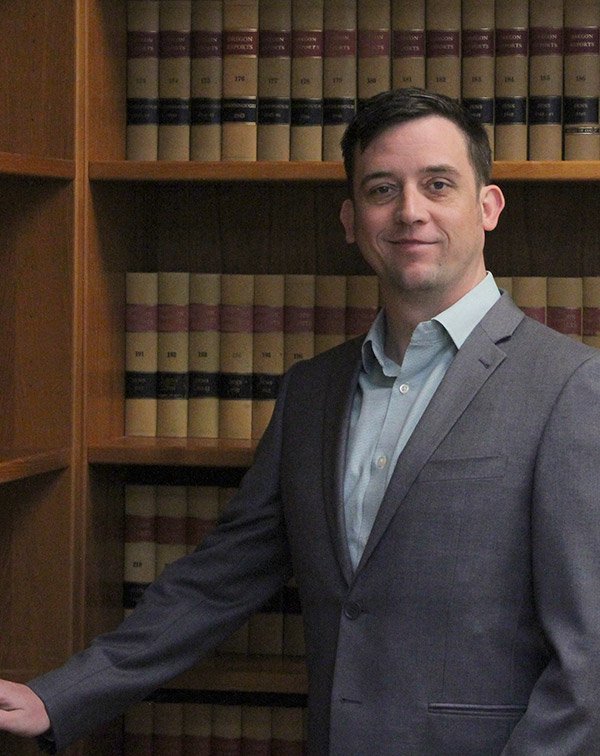 Martie McQuain is a proud native Oregonian, originally from rural eastern Oregon.  He got his undergraduate degree at Portland State University with a double major in international affairs and Spanish language and literature.  While at Portland State, he completed public service projects in Guatemala, studied a semester in Dominican Republic, and interned with the US State Department, working at the American Embassy in Caracas, Venezuela.  Martie received his law degree in 2013 from the University of Oregon.

Before law school, Martie had worked as a bilingual legal assistant for 4 years at a  Portland based workers’ compensation law firm.  After completing his Juris Doctorate, he continued his advocacy for injured workers as an associate attorney at a law firm in Eugene which primarily catered to issues affecting Oregon’s Spanish speaking population. Martie joined the law office of Moore and Jensen as an associate attorney in November of 2019.

Martie has represented over a thousand injured workers with cases ranging from simple to complex and from minor injuries to catastrophic.  He is a member of the Oregon Trial Lawyers Association.

In his spare time, Martie enjoys playing soccer as well as white water rafting and fishing in Oregon’s wild and beautiful rivers.